Comedians frequently struggle to be taken seriously, but Nick Mohammed has succeeded in toeing the line gracefully. Well-known for his acting prowess and sense of humor, Nick has more than 15 years of experience working in the entertainment industry.

Born Nicholas George Mohammed, he is a British actor, writer, and comedian who gained worldwide recognition for his character Mr. Swallow, which he has portrayed across both stage and television for over a decade. Likewise, he is also widely known for his performance in the Apple TV+ series Ted Lasso. There are several other things about Nick which is worth sharing, which is why we bring you this article covering all details.

The prolific actor was born on October 4, 1980, in Leeds, West Yorkshire, England. He was born to Cyprus-born general practitioner mother and an Indo-Trinidadian legal professional father. Even though Nick has preferred to keep the identity of his parents a secret, he often shares screenshots of his mom’s messages on Twitter.

Talking about his educational background, he attended Abbey Grange High School. Furthermore, Mohammed was given the opportunity to attend Cambridge University after high school, but he decided to join the University of Durham to study geophysics instead, earning a first-class degree.

Moreover, Nick had twice tried out for the Durham Revue but was rejected. Finally, he decided to give a Footlights audition since he was interested in comedy and was accepted. After performing at the Edinburgh Festival Fringe, a BBC producer contacted Mohammed.

Nick Mohammed Net Worth And Career

Mohammed has been able to amass a hefty sum with a thriving career as an actor and comedian. As he has been part of several commercially successful projects, let’s discover more about Nick Mohammed’s net worth and career.

As mentioned earlier, while Nick was performing at the Edinburgh Festival Fringe, he amassed considerable attention and was approached by a BBC producer. He soon landed short roles in TV movies before starring in the BBC One series Reggie Perrin.

Afterward, the 5′ 4″ tall actor appeared in the comedy series The King is Dead as a co-presenter. Then, he starred in Pete & Dud: The Lost Sketches, Life’s Too Short, and How Not to Live Your Life. As Mohammed progressed, he featured in various well-known TV shows and movies, like The Martian, Christopher Robin, The Job Lot, and Collateral, to name just a few. Similarly, he wrote and created a comedy series, Intelligence, featuring David Schwimmer.

Moreover, the black-eyed actor is widely recognized for his portrayal of Nathan Shelley in Ted Lasso, an American sports comedy-drama. Almost everyone appreciated his performance in the series, and he also received a Primetime Emmy Award nomination for Outstanding Supporting Actor in a Comedy Series in 2021 and 2022.

Also, the average pay of an actor in the United Kingdom is $32,905.37 (£27,300) annually. Therefore, Nick’s salary must be around that range. Moreover, with several roles under his belt, the actor’s career in Hollywood is only growing with each passing year, and indeed, we will see more of his brilliance in the coming days. Hence, Nick Mohammed’s net worth must be significant.

Brooke Adams is another personality with a significant net worth.

Who Is The Actor Married To?

The skilled TV star shares a content marital life with his spouse, Becka. Nick Mohammed’s wife is a teacher by profession. The couple has been married since 2014, and their relationship is still strong. However, because Nick is very private, he has maintained utmost privacy regarding his relationship timeline from the public eye. His marriage announcement also quite created a buzz on Twitter.

Got married last weekend, this is my niece’s impression of the events. WHAT IS GOING ON NEAR MY WIFE’S CROTCH?! X pic.twitter.com/2hv4J0PKrQ

Furthermore, the saying, ‘The couple that laughs together stays together,’ can perfectly relate to Nick and Becka. He once mentioned that his spouse is even more humorous than him, and they always spend time laughing.

Nevertheless, the duo is head over heels in love with one another and have been each other’s most powerful support system. We hope their marriage will last for a lifetime.

Nick and his partner have welcomed two children, Finn Mohammed and Arthur Mohammed, together. Nick Mohammed’s sons were born two years apart. However, since both of his kids are very young, he has decided to keep them away from the limelight.

The comedian once said that becoming a parent doesn’t automatically make anyone a better person. However, being a dad has made Mohammed better at recognizing how to divide his energy.

Nonetheless, Nick has been succeeding in both his professional and personal life. He has come a long way in the entertainment field and has established his own identity without anybody’s reference in the industry. Overall, we wish him and the entire Mohammed family luck, light, and success.

Bruna Tomaselli is a renowned Brazilian racing driver who made her...

If you’re a huge basketball fan, then chances are you’re already... 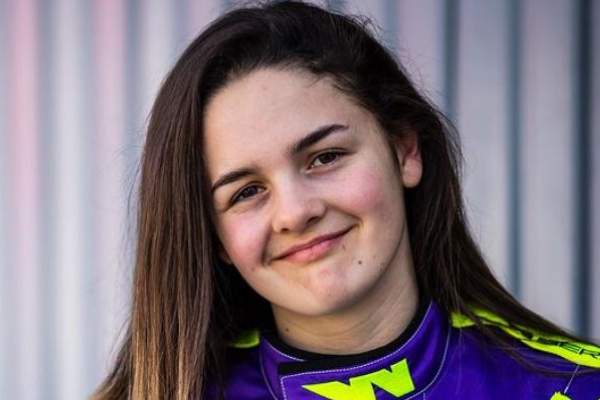